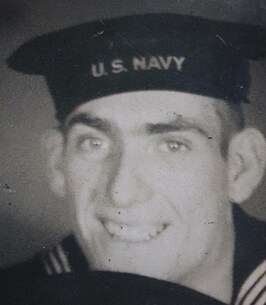 Richard “Dick” James Dick Brown ,94 passed away August 6, 2021. He was born in Houlton, Maine February 17,1927 to the late Frank N. and Mary (Mahoney) Brown. He grew up on a 300-acre potato farm where he worked alongside his parents, six brothers and sisters, all now deceased.

Dick left high school after his junior year to join the Navy during WWII. He served as a Second Class Sailor at Pearl Harbor. After his service, he returned home to finish High School. He learned to fly an airplane and received his Pilot's License. Dick Joined the International Union of Operating Engineers (Local 4) He remained a member of that Union for 64 years working throughout the State of Maine and New Hampshire as a Heavy Equipment Operator.

In the early 1960's he was assigned to work at the Cutler Air Base. He met his wife, Chirstine of Lubec and became a "Lubecker" when they married in 1964. He obtained his lobster license and in his spare time, putting the 34-foot lobster boat he built himself in the water and pulling traps.

He was a loving husband, son, brother, uncle, grandfather, great-grandfather and great-great grandfather. By way of example, he let his younger sister, Mary, ride his brand new Indian motorcycle when she was just a teenager. As he told the story, he wasn't mad when she dropped it because she rode it well - she just wasn't strong enough to hold it up when she stopped. Several days before he passed, he got a phone call from his grandson, Tracey, who told him that he had just started his 1927 Farmall tractor. Dick could not have been more tickled and his whole face lit up.

Dick is survived by his wife, Christine Brown; daughters: Trudy Brown of New Brunswick and her family of Lubec, Judy Domerack and her family of Connecticut, and Diane Brown of Illinois; step-daughters daughters Priscilla Hill and Wanda Burke and their families of Lubec; many grandchildren, great-grandchildren and great-great grandchildren; numerous nieces, nephews and five generations of extended family members, a special grandson, Tracey Sawtelle of Lubec.

Special thanks to Marshall Healthcare, Machias, Maine Veterans Home of Machias,and Bangor, Northern Lights Hospital, Bangor for their compassionate care during the last months of his life.

Condolences and memories may be shared at www.mcclurefamilyfuneral.com

All rights reserved. This obituary is also archived at obittree.com