To share your memory on the wall of John \"Jack\" Nicholas, sign in using one of the following options:

John “Jack” G. Nicholas , 65, passed away from complications due to Covid, after a courageous hard fought battle, at a Bangor hospital on February 7, 2021. He was born November 15, 1955 in Eastport the son of the late John and Martha (Bailey) Nicholas. He had retired from the Maine Department of Transportation Highway Crew, and through the years had also worked as a woodsman with his father, at Gates Fiber Extrusion, was a Police Officer for Pleasant Point Police Department, and mowed many lawns in the summer. He loved to travel, especially going on cruises. He loved to go bowl, and was known to give a few pointers, serving as team captain for the St. Croix Bowling Club.
He is survived by his wife of 21 years, Carolyn; children – Tonya Nicholas of Quoddy Village, John G. Nicholas Jr and wife April of Pleasant Point , James Nicholas and partner Courtney of Stockton Springs, and Nicole Lewey and partner Nick of Quoddy Village ; a stepson Ryan Moore and his wife Sara of Perry ; 12 grandchildren, and 3 great-grandchildren ; siblings- Rita White and husband Jim of Ohio ; Iney Nicholas of Pleasant Point, Richard Nicholas and wife Patty of West Bath , Cherie Nicholas of Pleasant Point, Martin Nicholas and wife Debbie of Pleasant Point, Linda Nicholas of Pleasant Point, Beatty Worster and husband Larry of Gorham, and Rachael Nicholas and her partner Cliff Smith of Pleasant Point; 3 brothers-in law – Gordon Seavey and wife Jeanne of Baring, Kenneth Seavey of Richmond, and Allan Seavey and wife Shelley of Dennysvile; sisters-in-law Marilyn Fenderson of Dennysville, Sandra Mattheson and husband Loring of Dennysville, Cindy Davis and husband Charlie of Calais, and Debbie Seavey of Dennysville; many nieces, nephews, cousins and friends.
In additon to his parents, he was predeceased by his maternal and paternal grandparents, a granddaughter Alessa J. Nicholas; a sister Barbara Linehan and her husband Danny ; his mother-in-law, and father-in-law Mary and Earle Seavey ; 2 brothers-in-law Richard Seavey and Bobby Fenderson.
Friends may visit with the family from 1pm Wednesday February 10th until 10 am Friday February 12th , 60 Warrior Road, Pleasant Point. Masks and social distancing are required. A private Funeral Mass will follow. Graveside services will be announced at a later date.
Condolences and memories may be shared with the family at www.mcclurefamilyfuneral.com
Read Less

There are no events scheduled. You can still show your support by sending flowers directly to the family, or planting a memorial tree in memory of John "Jack" G Nicholas Sr..
Plant a Tree

We encourage you to share your most beloved memories of John "Jack" here, so that the family and other loved ones can always see it. You can upload cherished photographs, or share your favorite stories, and can even comment on those shared by others.

Plant a Tree in Memory of John "Jack"
Plant a tree 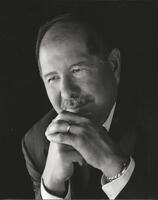